Part 2 takes us to a place where some of my greatest memories reside: Jacksonville, Alabama. This preciously quaint little town is home to the university where I chose to further my education after high school. I had only planned for Jacksonville to be home for a year before transferring to the loveliest village on the Plains #Auburn. However, God had different plans in store(as He has for most of my life).  I ended up staying for all four years and I couldn’t be more thankful for this part of my story. I learned so much about myself in those 4 years and that small campus helped to shape who I am today.

In one of my education classes, my professor required that we tour Jacksonville Cemetery, home to many Civil War burial sites, as well as WWI, WWII, Korean, and Vietnam War Veterans. The land for the city of Jacksonville was purchased in 1833 from Creek Indian Chief Ladiga who was a signer of the Cusseta Treaty of 1832 where the Creeks gave up their remaining lands. He was given authority to sell land in the county to have his title validated. During the War of Northern Aggression, the Gallant General Pelham(around age 25 at the time of his death) fought for the Confederacy and his burial spot, as well as many of his fallen comrades, are housed at the Jacksonville Cemetery. 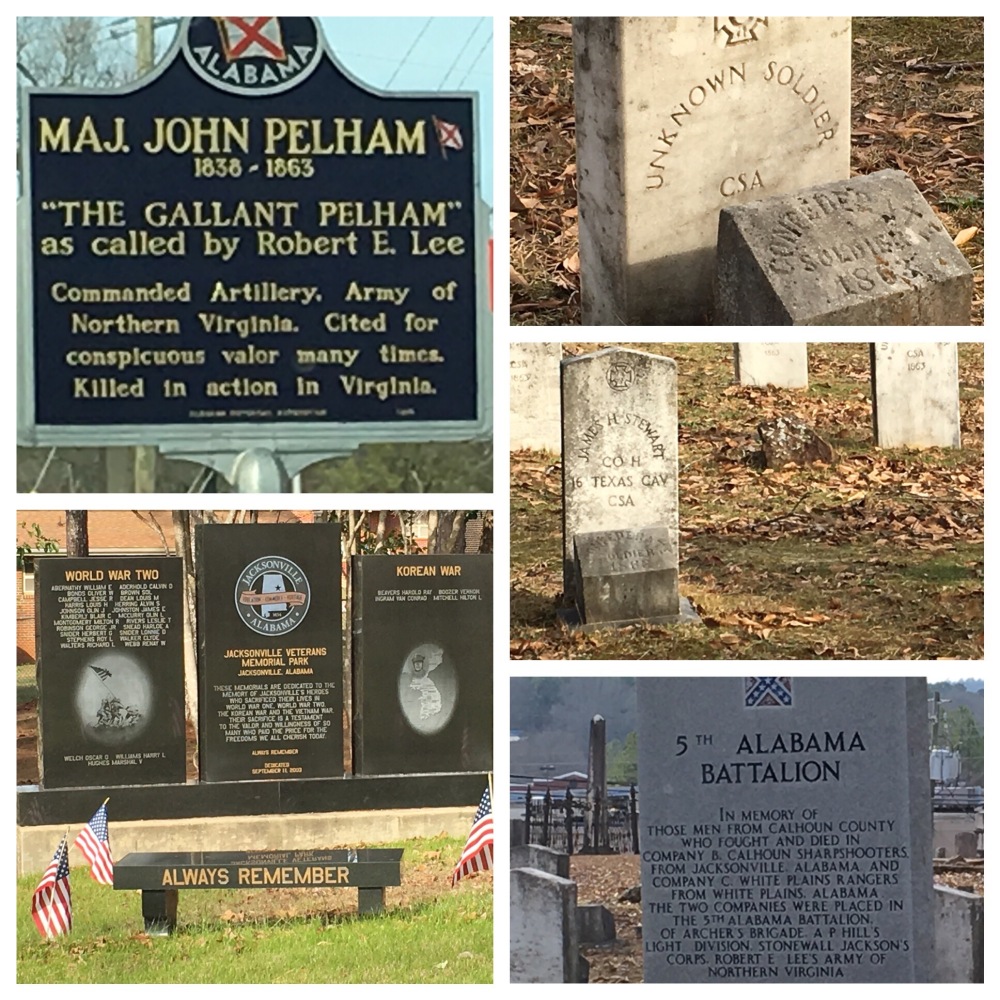 After paying homage, we traveled northwest a few miles to the beautiful campus of Jacksonville State University. Bibb Graves Hall(oldest building on campus and it’s historic smells-like an old library housing memories from many years gone by), Ramona Wood Hall where I spent the majority of my concentrated efforts in the classroom, Sparkman Hall , Houston Cole Library where I went to study twice, the stadium where I walked across the stage to be presented my diploma by President Bill Meehan and Trustee Randy Owen(lead singer of Alabama and JSU Alum). So many memories are housed on campus and it hasn’t lost its luster. 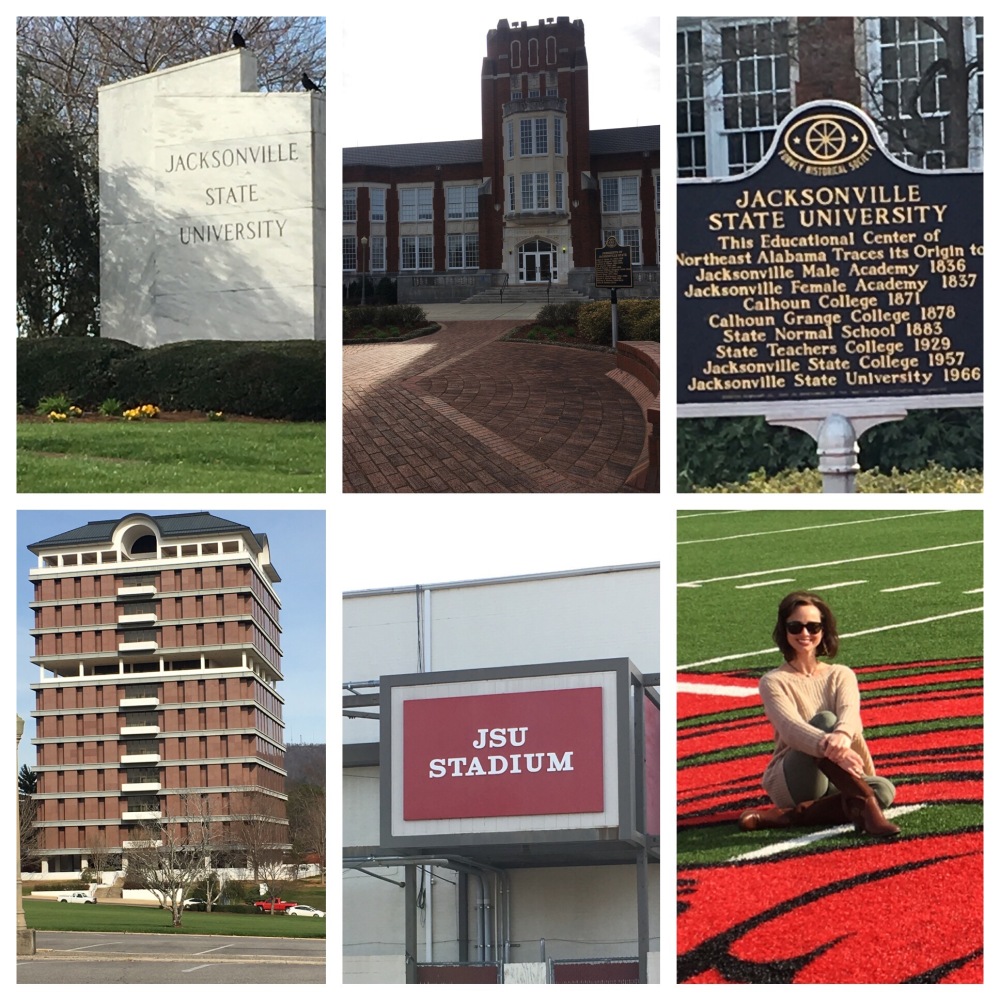 After a brief stroll down memory lane, we visited a few culinary hotspots that made an impression on my dining palate while on campus and beyond.

Cooter Brown’s Rib Shack is home to the best ribs on the planet. Added to the list of 100 Dishes to Eat in Alabama Before You Die, the ribs there speak for themselves. The Rocket was home to my every Thursday lunch spot back in the day. My apartment was about 2 miles from this local dive and while the atmosphere leaves lots to be desired, the food continues to beckon me back. The BBQ salad is legit. Put it on your must-try list. My waistline didn’t thank me but my taste buds surely did. Jefferson’s is known for its iconic chicken wings/chicken tenders. This casual spot touts dollar bills decorated by its loyal patrons. See if you can find the one I designed back in 1999. Effina’s Tuscan Grill has some of the best Italian dishes I’ve ever sampled. Pastas, Pizzas, Calzones, Salads-everything I’ve ever tried has not disappointed and the atmosphere is charming as well.  I’m told there is a second location in downtown Anniston but I’ve yet to visit. Brother’s Bar was the home of many a late-night music appreciation class. I was doing some freelance studying in those days where bands such as Drivin’ N Cryin’, Allman Brothers- Greg Allman, and Zac Brown Band made regular appearances, among many others of notarity.

This sweet little part of the South continues to charm my socks off. It’s a little part of my history and I’m glad for that. Many laughs, memories, and friendships were forged there. It’s one of my favorite chapters in making me #APaigeFromtheSouth